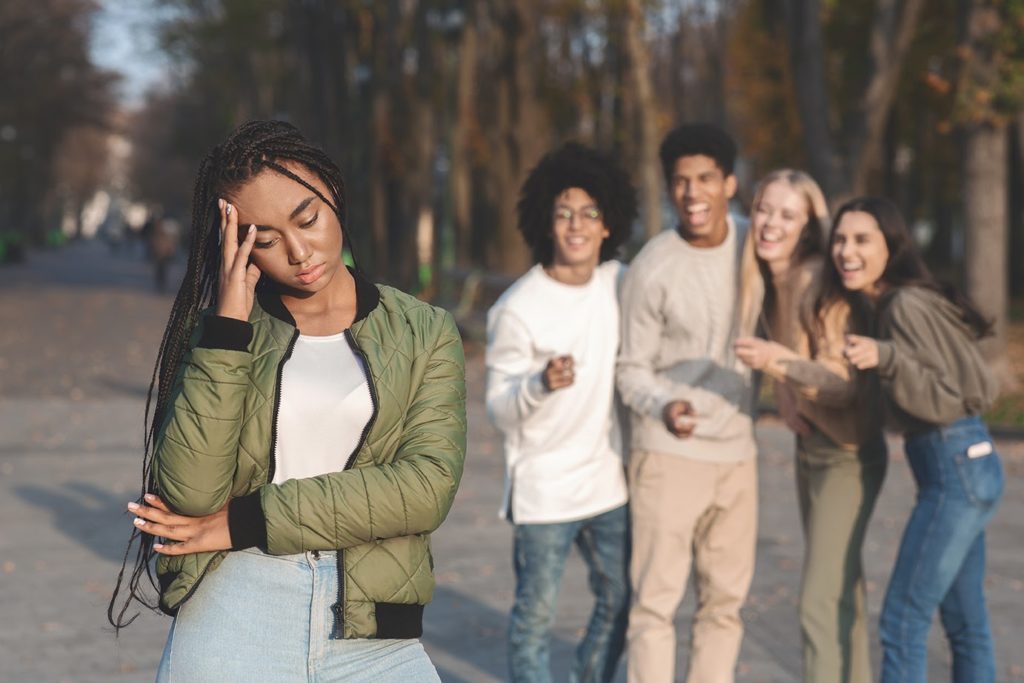 Eyebrows are never raised and it is never judged or frowned upon when you have to go to the hospital with a physical problem. However, hearing that someone is dealing with anxiety, depression or other mental problem is regarded to be unusual. It is judged to the point that it is stigmatized.  Rather than helping them get anxiety disorder treatment or treatment for other mental disorders, those who have them are judged to the point that they are stigmatized. A person is regarded to be weak-minded or spineless if they have a mental problem.

If you or a loved one is dealing with such an issue, you know it is a serious problem. You also know those going through it need understanding and the freedom to seek help without shame. Failing to do so because they are afraid to share their problem has led to some dire statistics.

According to America’s Health Rankings, the rate of suicide in the U.S increased from 25.5 percent between 199 and 2016. The rates went up in every state except Nevada. 2018 alone approximately 1.4 million suicide attempts and more than 48,000 deaths by suicide. This makes it the tenth leading cause of death in the U.S and more than twice the number of deaths caused by homicide.

Suicide rates are this high in the U.S because mental health issues are quite prevalent. According to Suicide Awareness Voices of Education (SAVE), one in five adults have a diagnosable mental disorder in a given year. Research by the organization indicates that there is a strong connection between suicide and mental health issues.

There are a number of mental disorders;

According to the Anxiety and Depression Association of America (ADDA), the most common mental illness in the U.S is anxiety disorders. They affect at least 40 million adults aged 18 years and above which is equivalent to 18.1 percent of the population.

Feeling anxious is not at all unusual or unhealthy. In fact, it is very normal to feel anxious in certain circumstances such as being in a situation that is scary or one that makes one feel angry or upset. It becomes a disorder when one feels unusually high levels of anxiety or gets very anxious very often. The anxiety is felt in form of excessive worry, fear, nervousness and/or apprehension.

Other statistics from ADDA indicate that only 36.9 percent of these people seek and get treatment for their disorder. Also, patients with this disorder are three to five times more likely to see a doctor and six times more likely to be put in a hospital for psychiatric disorders compared to those who do not have anxiety disorders.

There are different types of anxiety disorders. They include:

This disorder causes persistent and excessive worry. Patients may anticipate things going wrong with their family, finances, health, and other issues. They anticipate things going wrong even when there is no cause for concern. This disorder is diagnosed when a patient feels this way for at least six months or has other symptoms. This may be an increased heart rate, hyperventilation, having trouble sleeping or concentrating or gastrointestinal problems.

GAD affects 6.8 million adults or 3.1 percent of the population with women twice as likely to have it. It starts gradually with children and the middle-aged being most prone to it. While its precise cause is not known, it has been proven that genetics, life circumstances such as a high-stress job and family background have a role to play.

This disorder is diagnosed in those who suffer sudden, random panic attacks including when waking up from sleep. Those who have the disorder live in constant fear of the next attack. It normally starts in adulthood, typically after the age of 20 but children can experience panic-filled episodes or fear spells.

Two or three percent of the population experience this disorder in a year with twice as many women or men affected. It causes significant interruption of daily life and causes patients to live in fear of the next attack. This is worse in those who also have agoraphobia which causes them to live a closed-in, restricted life in an attempt to avoid stressful situations.

Also known as social phobia, the defining feature of this disorder is high anxiety or fear of being judged, evaluated negatively, or rejected in social situations or in view of others. It causes one to worry about their fear or anxiety being seen by such as by stammering or blushing which may cause them to be seen as stupid, incapable, or awkward.

To deal with it, those who have the disorder avoid social interactions or even formal ones where they will be required to speak up such as during office presentations. When experiencing an attack, patients may have a raised heart rate, sweating or nausea. Although they are aware that their fears are excessive, those who have the condition are unable to stop or control it.

This disorder affects at least 15 million adults. it is the second most common anxiety disorder. It typically sets in during the teen years. Many who have it were extremely shy children but this disorder is not just about being shy. It causes those who have it to live severely limited lives with few or weak personal, work-related or family relationships. It also increases the risk of developing substance abuse and/or other mental illnesses like depression. Although treatment is available, less than five percent of those who have it seek it or suffer with it for years before they do.

This is the most commonly diagnosed type of anxiety disorder. While it is common to avoid things like extreme heights and an injection needle, most people can handle it with little, short-lived anxiety. Those who have a phobia on the other hand work extra hard to avoid what they are phobic about including not going somewhere, taking a longer route or avoiding participating in an activity. Though they know the fear is excessive or irrational, those who have the condition cannot stop or control their phobia.

This greatly limits their quality of life especially when a phobia is a common place or item. It can also cause reduced self-esteem because one may feel weak or weird. Phobia may begin in children or may arise suddenly following a particular experience.

Seeing the prevalence and variety of different mental illnesses and their role in suicide, it is important that those who have the condition are understood and not judged or stigmatized. It is also important that they are helped to get the help that they need so that they can understand and heal or learn to control their condition.

Here are some ways you can help with ending the stigma;

Based in San Francisco, EZCare Clinic offers walk-in care and online services to patients who need urgent medical care. Long-term health care is also provided including anxiety disorder treatment as well as for other mental conditions.

Patients can count on quality health care provided by a team of general and specialized doctors who are licensed and experienced in dealing with various health conditions. The doctors use integrative medicine and take a wholesome approach that uses medication, nutrition, exercise, counseling, and behavior change to restore the overall health of a patient.

Diagnosis of any physical or mental condition is done after examination or running of tests to ensure the root cause of a health problem rather than only its symptoms. The goal is also to try and avoid future episodes of the same or related condition. This is why lifestyle changes are advised where necessary.

When it comes to anxiety disorder treatment, the clinic’s panel of mental health experts that includes counselors and psychologists handle patients with care and understanding. If you or a loved one has this or other mental conditions, the one thing you need to do is book an appointment online.

The duration of treatment a patient will need will depend on their particular condition and its severity. Psychotherapy like Cognitive Behavioral Therapy which is ideal for treating social anxiety may last for a number of weeks. The duration of treatment also depends on if medication is prescribed and if a patient has other physical or mental conditions that need to be addressed.

Get Over Your Anxiety With Treatment From EZCare Medical Clinic

Anxiety disorders and other mental conditions can limit a patient’s quality of life significantly. Set yourself or a loved one free by seeking treatment at EZCare Medical Clinic. They have worked for others who have learned to manage their condition if not get over it all together.

Once you or the one you care about is on the other side, perhaps you or they can become advocates for seeking help for these conditions. You can be an ambassador for change in one of the ways discussed above. Apart from getting better yourself, you can be the reason someone else recognizes, accepts and seeks help for their own mental condition.

Get in touch with a mental health specialist and let a qualified, compassionate doctor who will be more of a friend help you get over your mental condition. 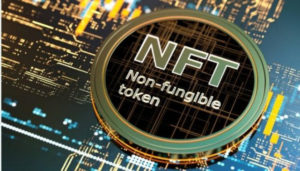 How to Make Money on NFT: the First 5 Steps towards the Art of the Future? 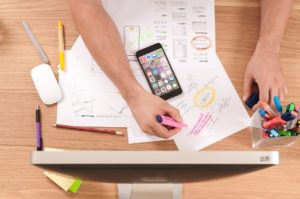 Top 7 UI UX Trends To Get Inspired From 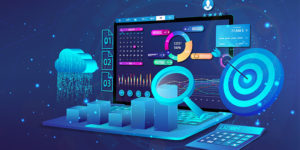 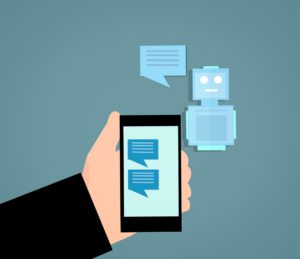 Are Chatbots the future of communication?

Best Ways to Get More Customers for Your Online Store 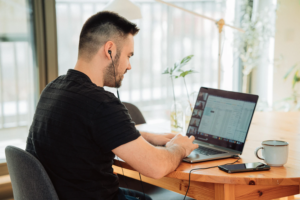